Don Don is the story of two very different men who live on opposite sides of the globe: Don Holmes, a brash and bullish American millionaire with a formidable appetite for self-gratification and excess; and Ajahn Dohn, a wise and noble Thai Buddhist monk who lives a life of compassion and restraint. On the same day, during the same hour, in the same minute both men are told that they are dying, that they have, at best, just one year left to live. The question is, what will they do now that they know? 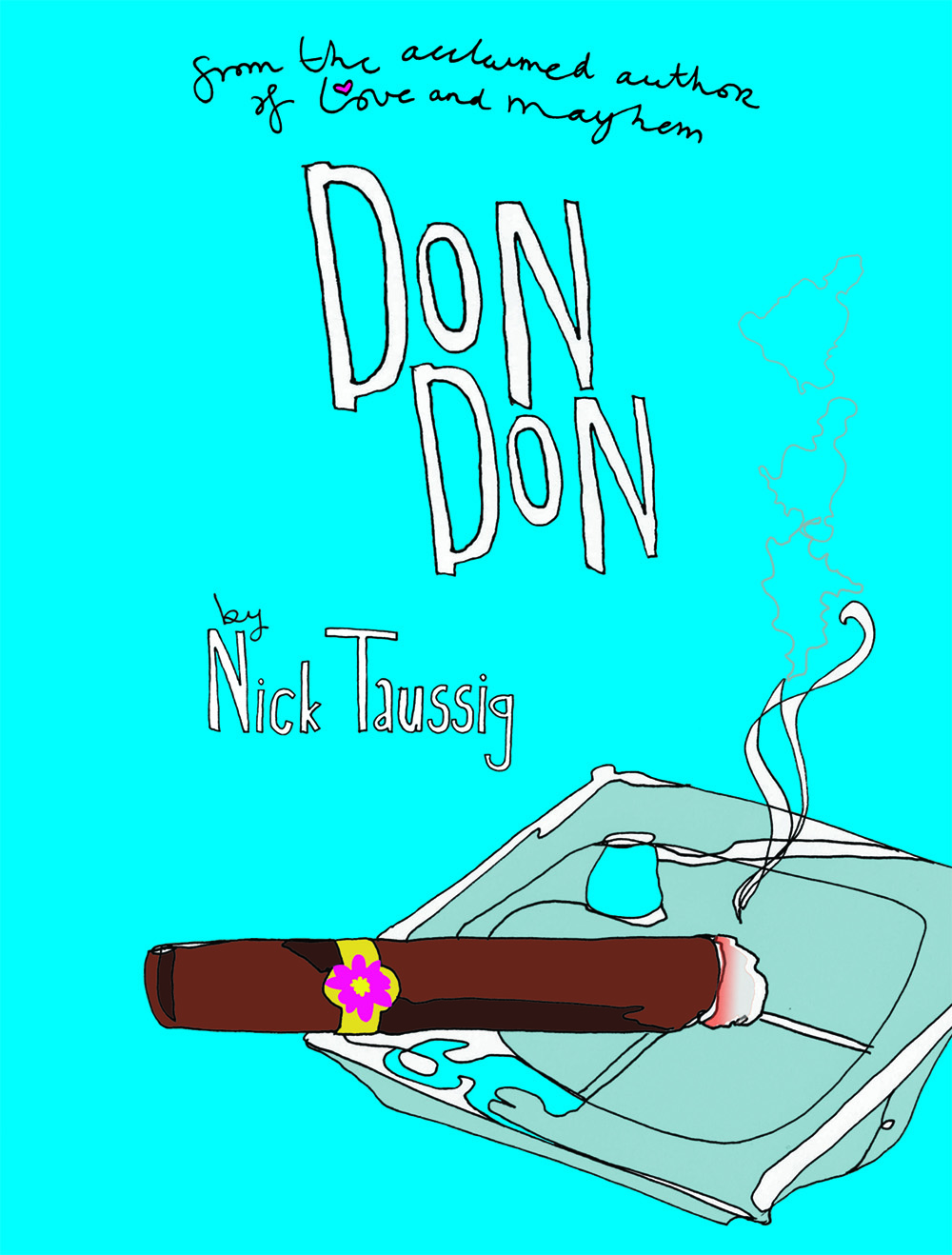 In this, his second novel, Nick Taussig provides a meditation on death from two very different and interconnected perspectives. There is the immortal, rapacious American millionaire Don Holmes, for whom death comes as an affront, and there is the noble and benevolent Thai Buddhist monk Ajahn Dohn, for whom death comes as the fate of all that lives.

Once both men know that they are dying, they set out on contrasting journeys. Don Holmes descends into hedonism and excess before seeking spiritual renewal and making a dignified attempt to reconcile himself with those he’ll leave behind, whereas Ajahn Dohn journeys from the temple to the city, moving from a quiet acceptance of his imminent death to a rousing need to re-immerse himself in the material and sensual world.

These comparative stories vary and diverge throughout, before finally knitting back together to give the novel a neat figure-of-eight shape. Though the two men at first seem so diametrically opposed in outlook and again at their first fractious meeting, by the end they have almost merged into one.

Satipanya is non-sectarian and of benefit to anyone of whatever religious or non-religious persuasion. The unifying principle is the practice of Mahasi Vipassana Insight Meditation. The appointed Spiritual Director of the Trust is Bhante Bodhidhamma, an English Theravadin monk of twenty years standing. The vision of the Trust is to create a centre for meditation and contemplative living.