Masha Gessen, the Russian journalist, wrote a very important book last year, published by Granta in the UK. The Man Without a Face is a devastating portrait of Vladimir Vladimirovich Putin, a man who, when he took power of Russia in 2000, swiftly dismantled the young mechanisms of democracy put in place by his drunken predecessor Yeltsin and ruthlessly silenced all critics, be this through repressive legislation, forced exile or murder. The former KGB man was not interested, despite the vein hopes of the West, in being a new Russian leader, open and democratic, instead wanted to rule his country with total control, of the authoritarian not the totalitarian kind. To this extent he aspired less to a Soviet hero such as Brezhnev, and more to one such as Stalin.

The democracy of twenty-first century Russia is, in truth, nothing more than a façade, an illusion, just as the utopia of Stalin’s Russia was, where all Russians, rather than living and working in perfect Communist harmony, lived in abject poverty and dread. Putin, like his great ancestor Stalin, has little concern for the will of people – what they want and need. Rather he cares only for himself and the power of the state he wields total control over, which he will serve, as he did the Soviet state, until the bitter end. Communism collapsed because the people had had enough of this state, which was utterly indifferent to them, hindering them and diminishing their happiness when it had claimed to be doing quite the opposite. Yet Putin’s state, this new state he moulded out of the debris of the old Communist one, is the very same.

Vladimir Vladimirovich, a moody bugger like his monstrous precursor Stalin, expects gratitude from his people for his dedication, his loyalty to Russia and her people. His surly face, like Joseph Vissarionovich’s, conveys a man who should be leader because he knows best, what’s best for the Russian people, and that, despite the great demands of the job, he is making this enormous sacrifice for his people, a sacrifice which includes accumulating vast personal wealth. Stalin might have had a propensity for criminality, which included raising money for the Bolsheviks through bank robbery, kidnap and extortion, but Putin has proved himself a master of it, the boss of bosses, according to Gessen. “Like all mafia bosses, he [has] amassed wealth by outright robberies, as with Yukos, by collecting so-called dues and by placing his cronies wherever there was money or assets to be siphoned off. By the end of 2007, at least one Russian political expert estimated Putin’s personal net worth at $40 billion.” Putin might have labelled certain oligarchs thieves, yet he is perhaps the greatest thief of all. He robs the Russian people not only of their wealth but also their freedom.

But the greatest likeness between the two lies in the image both men cultivated of themselves, which was, and is, so at odds with the truth. There is a cult of personality around Putin too, who, like Stalin, has cast himself in an heroic light – as a benevolent father, brave warrior, wise leader and compassionate man. What one should see, however, is the very opposite – a cruel, cowardly, vain and ruthless one obsessed with personal gain and no more. 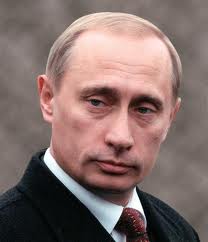 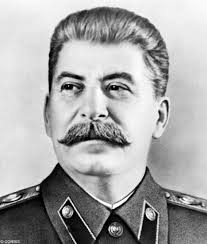